Startups formed as a Limited Liability Company (LLC) should always draft an Operating Agreement. An Operating Agreement is a set of rules agreed upon by the LLC’s members. These rules govern, among other things, the startup’s daily operations, issues relating to finances, and ownership percentages. Most importantly, the Operating Agreement will serve to guard the startup’s limited liability status, as well as avoid the startup from being deemed to operate under the State’s default business rules. The operating agreement also serves as mechanism to guide the startup for any critical decisions by providing rules and procedures.

Duties and Rights of Startup’s Members and Managers

Whenever a startup forms as an LLC, its owners are known as members. Members are similar to stockholders. Like stockholders, members can elect managers to be in charge of the LLC’s day-to-day operations and management. If the members choose not to elect managers, they themselves serve as members and run the LLC. It is important that the Operating Agreement define whether or not the LLC will be managed by members or managers, and the Operating Agreement should define the roles and responsibilities of each member and/or manager regarding the company’s operations.

While ownership percentages of a start-up are typically divided as a percentage of initial investment, members may seek to divide ownership differently. For example, a startup member may contribute 75% of the initial capital, but he or she may only desire a 50% stake in the company. As a result, it is important that the startup clearly outlines the ownership totals within its Operating Agreement. Otherwise, it will be assumed that the ownership will be divided proportionally to each member’s initial investment.

Allocation of Profits and Losses

Much like with ownership, other aspects of a startup will, by default, operate based upon a percentage of initial investment. The allocation of profits and losses is, by default, distributed based upon a member’s initial investment. Thus, if a member initially invests 75% of the startup’s initial funding, he or she will receive the same proportion of profits or losses to be passed to his or her individual taxes. Despite the proportion of the initial investment, an investor may desire to have profits and losses distributed differently (this could be in order to remain in a certain tax bracket). Any variation from the default proportional distribution should be clearly drafted and explained in the Operating Agreement.

Identifying Procedures in the Event of Dissolution

A startup formed as an LLC can exist for a defined period of time or it can exist indefinitely. Regardless, there always exists the possibility that the startup may dissolve. The Operating Agreement will have a set of instructions guiding the process of dissolving the startup. These procedures can identify, among other things, the order in which creditors are paid, ownership of property after dissolution, and potential restrictions on competition that extend to some or all of the startup’s owners/members.

Contact Your Los Angeles Business Attorney for a Consultation

Startups will find that a well-drafted Operating Agreement will help to ensure that the startup is running smoothly from an operations and management standpoint. The Operating Agreement is not only instrumental in the startup’s day-to-day operations, but it also helps provide clarity regarding potential future conflicts. Startups should always consider drafting a comprehensive Operating Agreement in order to assist in effective governance. At Startup Company Counsel, our experienced business attorneys can help your startup draft an Operating Agreement that meets your goals and objectives. Contact us today at 408-441-7555 or fill out our online contact form to schedule your consultation. 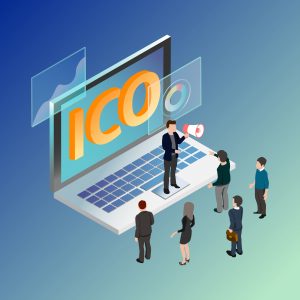 Is an ICO Right for my Company? 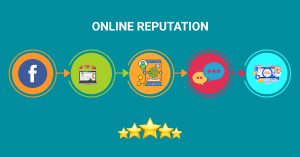 How to Create a Strong Online Reputation For Your Startup

What is the Difference Between Preferred and Common Stock?