A lawsuit can be an overwhelming experience for any business owner – particularly if you have not previously had any dealings with the court system. It is not, however, cause to panic. There are many different ways employers can resolve such disputes, such as through litigation, arbitration, mediation, or simple settlement negotiations.

The Many Strategies for Dispute Resolution

Large-scale litigation of costly claims does not have to be intimidating. Sometimes, a simple legal motion can be used to end the litigation before it begins. This is what Yahoo did to effectively end a gender discrimination lawsuit against it. The San Francisco Chronicle reports that the tech giant had been sued by a former manager who alleged that the company’s performance evaluation system could be manipulated to produce a gender bias. In an interesting twist, the bias was alleged to favor women, and the lawsuit was filed by a male manager who claimed to have been treated unfairly by it. Yahoo maintained that the manager had been fired as a result of his poor performance. A federal judge dismissed the case based on Yahoo’s motion preventing it from incurring the expense of litigation.

Not all cases can be dismissed so quickly or easily, but that does not mean they must have devastating effects on employers. According to Crain’s Detroit Business, Penske recently settled employment claims with a class of workers who claimed wage and hour violations. While the $2.1 million dollar settlement approved by the court may seem a steep price to pay, experts estimate that Penske faced a potential liability of $20.58 million had the automotive retailer lost the case at trial. The aggrieved workers will receive approximately $1,205 each.

Mediation and arbitration can also be used to settle legal disputes short of trial. These are formal settlement negotiations which invoke the assistance of a third party. They are faster and cheaper than formal litigation at trial. For these reasons, many employers use these tools to resolve claims by employees. Some employers even require these tools to be used before litigation is initiated, and include provisions to that effect in an employment contract.

Finding the Right Resolution Tool for a Specific Claim

Every legal claim presents different considerations. This means that the appropriate tool for resolving a claim will be different in every case. A claim that is frivolous or has no sound legal basis is often managed with a motion to dismiss the claim from the court entirely. Valid claims with no tenable legal defense are often settled, to mitigate the financial damage the employer will likely face at trial. Arbitration and mediation can be used to facilitate the settlement process. In all such cases, the advice of an experienced employment law attorney will help guide employers to the fastest, most cost-effective manner of resolution. 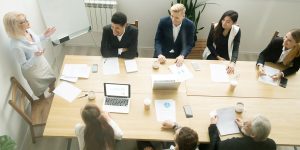 What makes a successful startup team?

What Is The Difference Between An ISO And An NSO?

What Should a Startup Include in its LLC Operating Agreement?